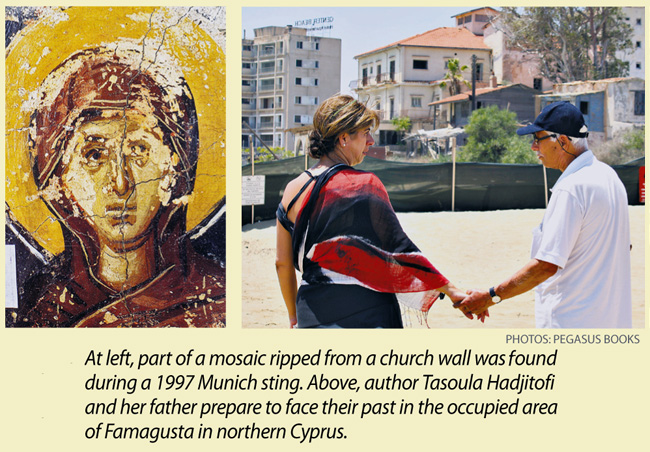 Tasoula Hadjitofi’s life is the stuff of novels, providing perfect material for her memoir, “The Icon Hunter.”

Her idyllic childhood in Famagusta was ripped away from her by the Turkish invasion of Cyprus when she was 14. Memories of raising silkworms gave way to the terror of watching napalm rain down on the northern part of the island. Feeling the unbridled joy of learning she was expecting twins gave way to the unbearable agony of losing a child. And feeling the pride of being named honorary consul to the Netherlands when she was only in her 20s was belied by carrying the burden of being forced out of her still-occupied homeland.